The surviving son of a germophobic mother, Cecil Reitmeister embraces all forms of bacteria and formulates an elaborate plan to lead humanity out of the Anthropocene and into a new era of interspecies harmony. His idiosyncratic plan requires years of experimentation and precise manipulation of his microbiome, the totality of microorganisms present in or on the human body. His mad-scientist mission leads to extreme social isolation, with the memory of his dead mother becoming his most frequent visitor. Cecil’s quest to save the world comes to a screeching halt when his social worker and the police show up to condemn the only home he has ever known. Thrown in jail for assaulting the police, Cecil soon finds himself homeless and struggles to adjust to life on the streets. When he meets a group of Freegans (people who reject consumerism and seek to reduce waste by collecting discarded food) led by a magnetic red-headed woman, Cecil is forced to confront demons from his past and to reassess his self-imposed alienation, the rigidity of his worldview, and, ultimately, his plan to save humanity.

Interview with Authors on the Air Radio
Listen

Interview with The Reading Frenzy
Read 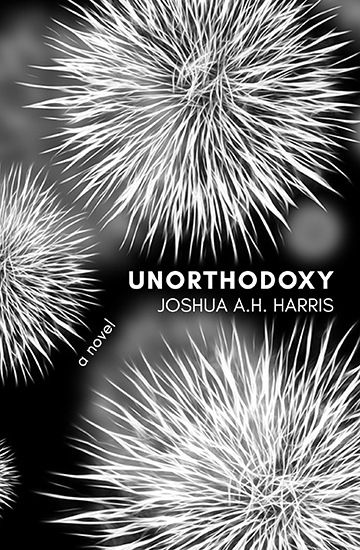 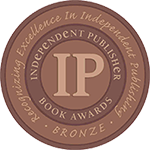 “Unorthodoxy begins as a Swiftian satire, a comedy of loneliness and errors. Ever read the uncensored Gullivers Travels? Harris, like Swift, plays with the reader’s expectations—just one reason for the book’s title…. Unorthodoxy is strongly recommended for the reader who is interested in extremely unorthodox subject matter while enjoying fine writing on a trip through the mind of a most unusual central character.”
—Book Review Crew

“It’s also very well-written, and yes, at times, hilarious and gross. The restroom hasn’t been cleaned for quite some time, and it reeks of serial defecation. It feels almost like home! (Exclamation point my own.) Best of all: Cecil himself. A man so alive on the page, a genuinely unforgettable character. Hear him out.”
—Peter Orner, Award-Winning author of Maggie Brown & Others: Stories

“Unorthodoxy is a chance-taking dark comedy about loneliness, homelessness, love, and the micro biosphere of its protagonist, Cecil Reitmeister.  Cecil is perhaps the strangest subject of a novel since Knut Hamsun’s Hunger.  He is also the most self-isolating. Terrified of love but desperately desiring it, he is friendless and socially objectionable.  But his life begins to change with the help of a group of Freegans, a wise-cracking street prophet named Mr. Oh, a kind lady at Goodwill, and, most importantly, the object of his devotion, the beautiful Freegan leader, Cake. Cecil’s dreams are vivid, hilarious, and feverish. In a cinematic style reminiscent of Terry Gilliam’s film, Brazil, they make adventurous reading. This debut novel will unnerve and please you, get ready.”
—Paul Hoover, author of the novel Saigon, Illinois

“This book was a thrill to read. I’ve never seen a protagonist like Joshua AH Harris’s Cecil before—I found myself identifying and connecting with him in ways I wasn’t expecting. Through Cecil’s journey, we’re reminded just how essential human connection is to our collection survival as a species…and the book was a riveting science lesson to boot. Unorthodoxy is sick, smelly and filled with a ton of heart. I couldn’t put it down.”
—Danielle Renfrew Behrens, Founder, Superlative Films

“Kefir for the mind, kombucha for the spirit. If you’ve never laughed and felt your skin crawl at the same time, Unorthodoxy is your book. It takes Victor Frankenstein and Dostoevsky’s Underground Man, cultures and pickles the admixture till it’s an otherworldly blue tinted with the this-worldly hue of a middle aisle of a Northern Californian health food shop, then adds a hint of Hitchcock’s Norman Bates. If Psycho haunts you as you step into a shower, Unorthodoxy will haunt you as you lather up. We are all hosts, but it has taken Joshua Harris to cultivate the comic possibilities of this relationship. Menacing yet merciful, they remind us anew that ripeness is all.”
—James Wallenstein, author of The Arriviste

“This is a fun read mixed with tragedy based on the real world of homelessness and untreated mental illness and how these social injustices can bring people to their knees.   I honestly did not expect such astonishing well-researched descriptions of microorganisms, or the practice of maintaining and storing them.  But it is also the story of survival and the will to be accepted and worthy with a purpose…. a Plan!  Don’t we all have a Plan at some point in our lives?  Cecil’s intense belief in his Plan helps to bring him full circle to a point of hope for his future.”
—Sue Hoyt Aiken